CLICK EMBLEM TO VISIT THE NCVA-NE HISTORY FILES & PHOTOS ON

GROUPS IO  (https://groups.io)
(TO VIEW HISTORY FILES, YOU MUST BE A REGISTERED MEMBER OF THE GROUP and SIGNED IN)

THE NCVA-NE WILL BE HOLDING A FALL 2022 MINI-REUNION

TO SEE THE  REUNION INFORMATION and

ON THE CURRENT NEWS TAB (AT THE LEFT)

formerly maintained by the late Karl Kristiansen.  We do not know how long the

site will be available. Many of the links are out of date (including the link to the

NCVA-NE website). But the photos and history of Bremerhaven are presented 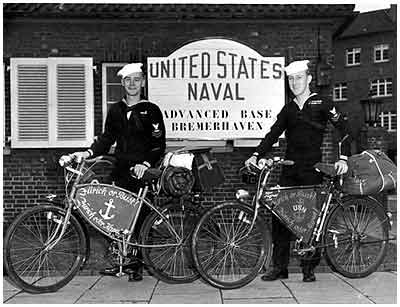 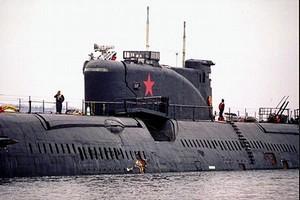 members toured during a mini-Reunion in Rhode Island in 2003?

Take a trip down memory lane with Jackie Lord Johnston

​through the years at Winter Harbor using this Facebook link

​I think I see some of our present members in the video. 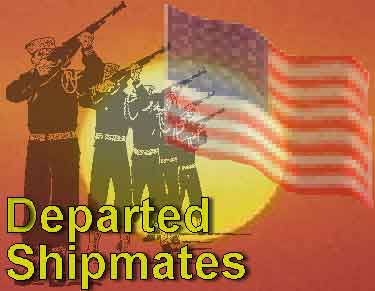 WHO ARE WE AND WHAT IS OUR PURPOSE?

We are a New England centered group of active and honorably discharged or retired veterans that have served as Navy Cryptologists.

Our purposes are to:

1- Conduct periodic reunions that provide our members (and their guests)with fraternal, social, and recreational activities.

3- Support the preservation of the history of cryptology.

SOME CRYPTOLOGIC HISTORY (a glimpse at our work)

In the beginning of the 20th century, the Navy began systematic efforts to secure our own communications and exploit those of our adversaries. In July 1922, the Navy formerly established a cryptologic element, known as OP-20-G, which recognized that the future of cryptology lay in machine cypher systems. Coupled with these efforts was the emergence of linguistic specialists.  During the period between the world wars, a handful of Navy and Marine Corps service members trained themselves in cryptologic procedures. The enlisted intercept specialists who trained on the roof of the old Navy Department Building in Washington D.C. became known as the "On the Roof Gang" and were the core of a vastly expanded effort during World War II.  During the war, Navy cryptologists were successful in breaking the Japanese Naval Code JN-15b in time for the battle of Midway, and were instrumental in providing information for the Fleet Commander to defeat the Japanese fleet.  They also broke the Japanese merchant shipping code, giving the American submarines the locations of Japanese ships.  By war's end, five-sixths of the Japanese merchant fleet was sunk.

In the Atlantic theatre, Navy personnel operated the machines dedicated to deciphering the German Enigma generated message traffic. By late 1943, most German radio communications were an open book to the Allies and the German submarine offensive had been defeated.

The war demonstrated the need for centralized management of signals intelligence while the trend toward increasingly complex technology and more sophisticated equipment continued. This culminated in the establishment of the Naval Security Group in 1950 and the National Security Agency in 1952. Since then, the Naval Security Group (NAVSECGRU), after that the Naval Network Warfare Command (NETWARCOM), and presently the U.S. Cyber Command (USCYBERCOM) continues to execute the Navy's signals intelligence mission in war and peace.

The U.S. Naval Cryptologic Veterans Association (USNCVA) began as a desire by some individuals who had served in the cryptologic organization during World War II to re-establish and maintain contact with those with whom they had served in silence. During the late 1960s and through the 1970s, this group of individuals held reunions at various locations around the United States. At their 9th reunion, in Denver, CO., it was decided to organize more formally into a not-for-profit corporation.  At that time there were about 100 members, 52 of whom attended the 1978 reunion in Denver. This corporation is/was the U.S. Naval Cryptologic Veterans Association.

WHAT IS THE "TIE THAT BONDS" THESE VETERAN CRYPTOLOGISTS TOGETHER?

From WWII, through the Cold War, and in times of peace and conflict since, the Navy's collection and interpretation of electronic intelligence data of all types has been vital to the national defense. The mission of the NAVSECGRU (and its successor organizations) has been performed by commissioned and enlisted military cryptologists who share unique and often dangerous experiences in the service of their country. It is these unique background experiences that bond us together.

As a result of a request from the USNCVA at their 1997 national reunion in Seattle, WA, a new chapter was formed in the northeastern U.S. This chapter was the New England Chapter of the NCVA (NCVA-NE).  The first meeting of the NE Chapter was held in Nashua, NH. in the Spring of 1998 (May 30, 1998). This initial meeting and mini-reunion was held at the Sheraton Hotel, and was attended by 39 members, their  wives and significant others. The group proceeded to put together a draft of By-Laws for the NE Chapter, elected chapter officers and directors. The initial purposes of the NCVA-NE were:

1- To create an organization capable of fostering a bid for the 2001 NCVA reunion to be held in the Boston, MA. area

3- To assist the USNCVA through the preservation of our cryptologic history.

All USNCVA members in the six states of New England and New York are automatically eligible for membership, as are people who have had past Naval cryptologic service but have not yet joined the USNCVA. We strongly encourage membership in the local and national organizations.

Membership is for all regular or reserve veterans of the U.S. Naval Cryptologic  organizations who have served on active duty under honorable conditions. You do not have to be 20 year Navy to join. The membership roster for the New England Chapter now stands at over 190 and the chapter has held mini-reunions in all of the New England States and New York State. Annual dues are $5 and we encourage voluntary contributions to help defray administrative and postage costs.